Update: Jelly Bowl has been accepted into ID@Xbox! We’ll be releasing through that program, rather than the Xbox Live Creators Program.

Note: The graphics, colors and names are all placeholders and will change throughout development.

We’ve decided for our next game to target the Xbox One through the Xbox Live Creators Program. One of our prototypes felt perfect for the big screen, which we have named Jelly Bowl (and may change later). Jelly Bowl takes inspiration from two games that we enjoyed growing up. The movement mechanic is similar to that of Worms, while the first game mode is a throwback to the HeadHunters mod for Quake 1. We wanted to design Jelly Bowl to be a very fast-paced, strategic game that you can get going in easily but still takes skill to master.

Once every few years, a Jelly Bowl is held to determine who the next ruler of all of Jelly World will be. Princess Magenta of the Six Kingdoms has selected you, her secret love, to be her champion. You must win the Jelly Bowl to prove your love and secure her place as the rightful ruler!

In Jelly Bowl, you’ll battle up to five other players to collect the most amount of energy (or sugar, we’re not sure which yet), either by grabbing newly spawned energy or stealing them from your opponent. Movement is a core component of the game – timed just right, you can speed across the arena quickly. If you are hit, either by smacking into the environment or by another player, then you’ll lose all control for a brief period of time making you a prime target. If the hit was from a player, you’ll drop all of the energy that you were carrying - opening it up for others to steal!

There are four abilities that you can use while moving around the arena. All abilities have a cooldown timer, so you’ll need to be careful when you activate them. 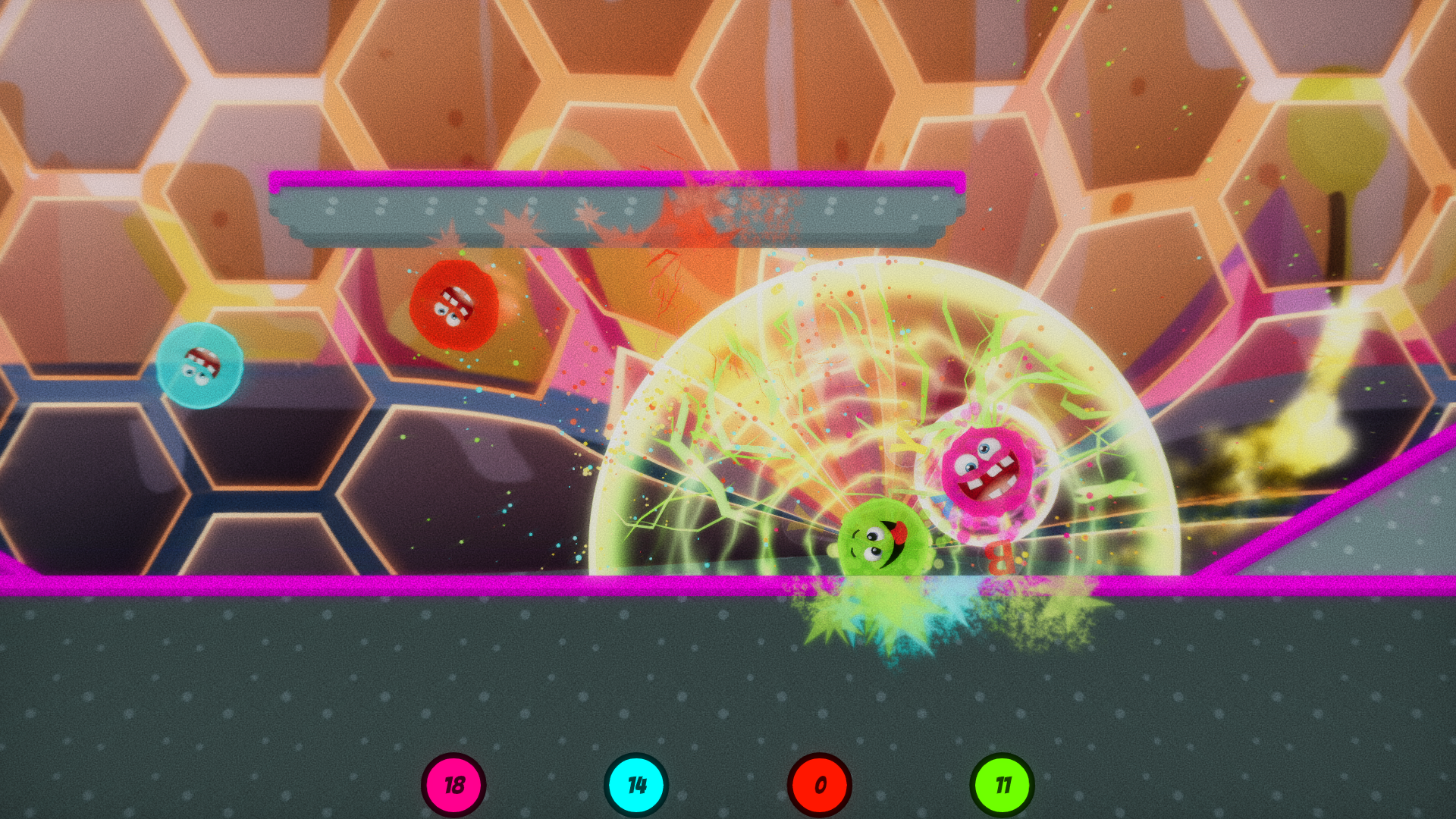 There are three player configurations that you can pick from, depending on your play style preference. The configurations mainly alter the duration and cooldown timer of the abilities. They also effect how hard you can hit the environment before your controls are disabled. These are especially important to balance out when you are playing the team Capture the Flag mode.

The configurations are currently setup as:

The hybrid configuraton is neither good at offense or defense and has all of the abilities duration/timers set middle of the road. This configuration is best for new players.

The game centers around a competitive mode, where you can have battles with up to six people. We’ve also been working on an AI (with machine learning and heuristics) which you’ll be able to play against to practice. 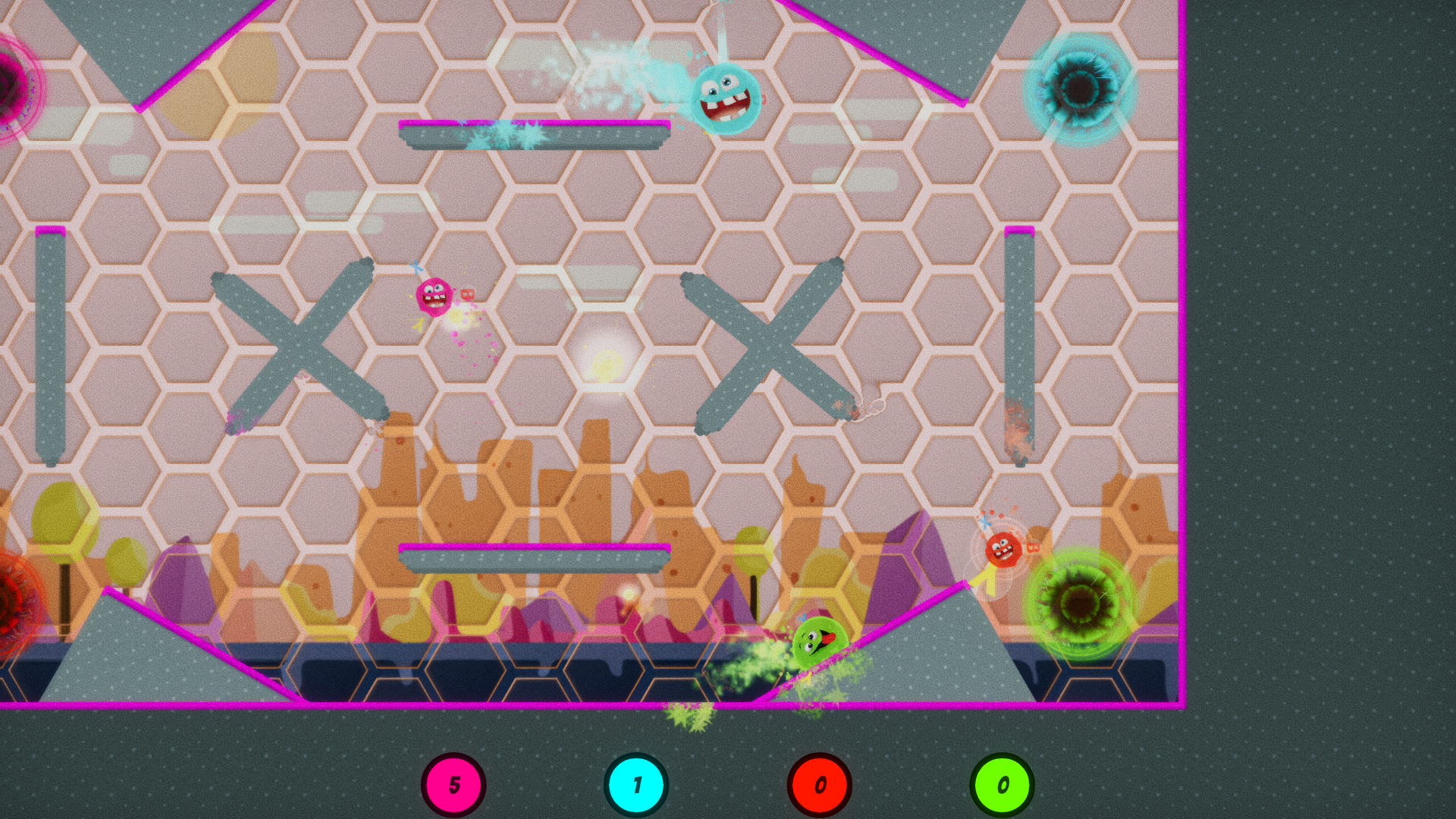 Jelly Hunters is a free for all where you must battle to collect the most amount of energy before the timer runs out. The more points you collect before banking, the higher the reward. You’ll also move slower and grow in size. Beware, if you are hit just once you’ll eject every point that you’ve grabbed for others to steal!

In capture the flag, you have one goal - be the first team to collect five energy. Energy will spawn randomly throughout the level which you can grab. Or, if you are feeling more adventurous, you can steal what the other team has already banked. The choice is yours!