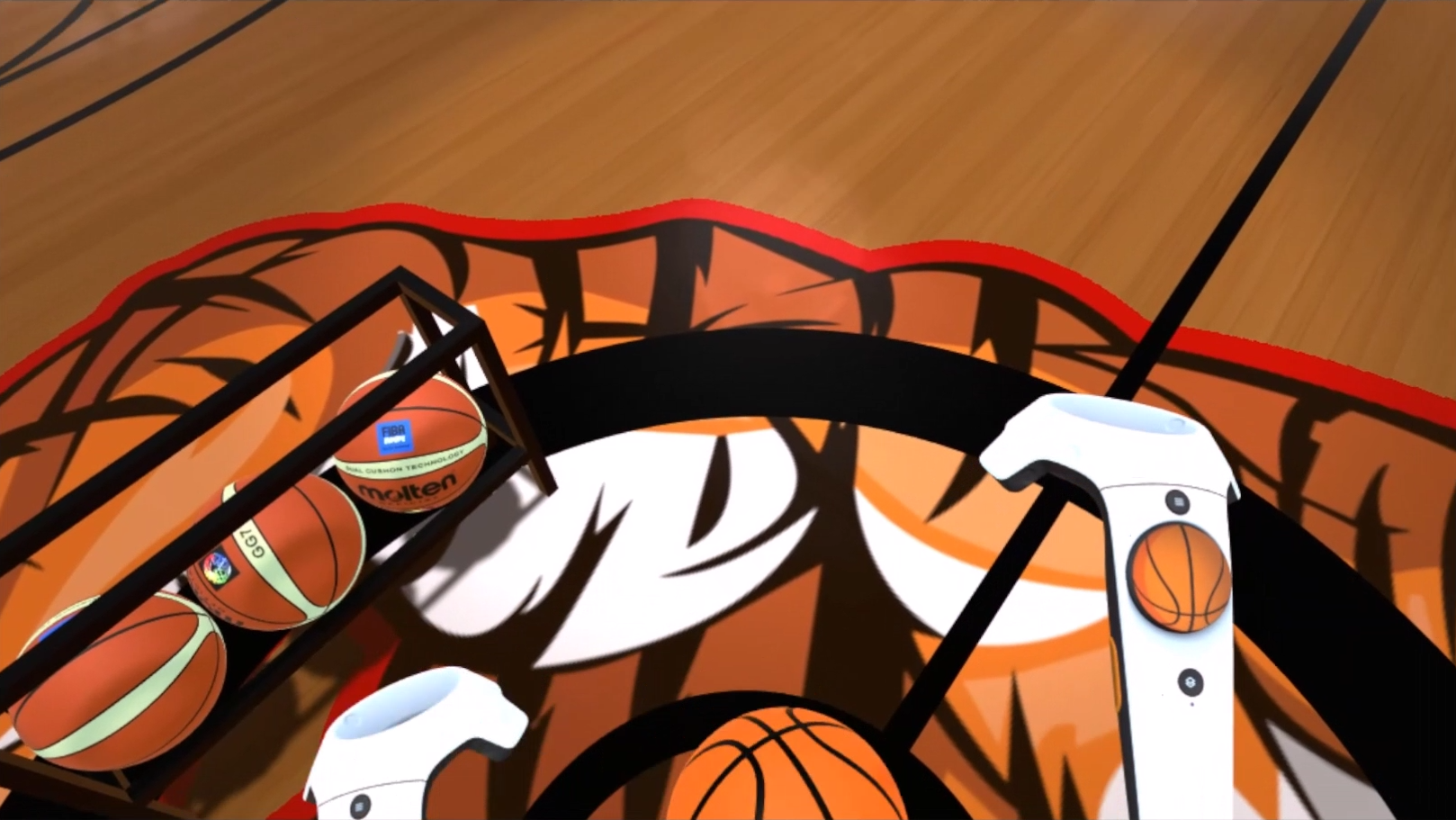 Making a virtual reality (VR) game while the technology is still early was something that we knew as an up and coming studio and extremely passionate gamers, we just couldn’t miss out on. Creating a VR game presents a unique opportunity that does not come around often - The opportunity to define new game mechanics for old genres. In other words, if you were to take a strategy game and move it over to VR without rethinking the mechanics, it would go against what we believe the core principle of VR is, immersion. The player wouldn’t be immersed in a world that isn’t their own but would instead fumble with awkward controls that would only aid in drawing them out of it. Everything needs to be reconsidered, from general camera perspective (3rd person or 1st person) to basics such as movement, physics, environment scaling, etc.

After much deliberation (e.g. a few days of discussion), we decided it would be fun to tackle a multiplayer basketball game as our first virtual reality game. We have yet to come up with the official name, though we have been calling it “Nothin’ But Net” around the studio.

Within a day or so we had our first prototype up. Even though the mechanics were extremely clunky, we could tell right away that we had a fun game on our hands for everyone involved. Every person who played forgot they weren’t in a gym (we have a ceiling light that was hit three times before breaking as proof) and those who were watching were often found yelling when someone would barely miss a basket or were lucky enough to make a shot. (It was hard at this point!)

The first mode that we wanted to enable was the single player practice mode. This mode was a natural starting place as it removed the complications that come with network development and allowed us to fine tune the shooting mechanics as well as evolve general interactions within the game world. We’d realized very quickly that just giving the player the ability to shoot the ball wasn’t enough. What about dribbling? Spinning the ball and trying to keep it balanced? How could both of these be done in a way where the control was natural feeling (or as natural as possible)? These were just some of the basic mechanics that someone would expect when playing basketball in the real world, after all.

After much tweaking, we are quite happy with how it has turned out thus far:

Please ignore the net bug, it has been resolved and was a weird fluke!

The Basics of Multiplayer

Now that the general game mechanics are behaving in a way where it feels like you are actually playing basketball, we have moved on to setting up multiplayer. Even though multiplayer is only about a day under development, we were able to have our first multiplayer “shoot off” with six balls each. (Neither one of us made a basket, apparently we are both terrible shots!) Goofing around has actually inspired a new game mode, a timed shoot off competition where the goal is to make as many baskets as possible. The cool thing about this mode is that it would work for both multiplayer and single player!

The following video is early footage of the multiplayer mechanics. It doesn’t show our shoot off, sadly… That will come soon!

In reality (hehe, get it?), making a VR game is not drastically different from making a game for any other platform. Each platform has it’s own list of “gotchyas” and/or best practices that you need to adhere to and VR is no different. For us, the fun comes with learning what those are and being part of the innovation.

In the coming weeks we will wrap up the barebone mechanics behind multiplayer, polish up the visuals some more and begin to introduce the initial set of game modes. The game modes planned are: